Iberdrola has begun construction in the UK of the East Anglia Three offshore wind farm, which will have a capacity of 1,400 megawatts (MW), enough to supply 1.3 million homes with clean energy, more than the populations of Liverpool and Glasgow combined.

This new facility, located off the coast of Norfolk, near the London metropolitan area, will form part of the East Anglia Hub macro-complex, together with the future East Anglia One North and East Anglia Two developments. This hub is the Iberdrola group’s largest initiative for this technology in the world and will involve an investment of £6.5 billion (around €7.7 billion) for the installation of 3,000 MW, which represents 6% of the 50 GW offshore wind energy target set by the UK government for 2030.

The new farm is in addition to the one already operated by the company through its subsidiary ScottishPower in the same area, called East Anglia One, with 714 MW, capable of producing renewable energy for 630,000 British homes.

Construction work on this plant, which is expected to start production in 2026, has begun on the ground. The initial phase will focus on the installation in the county of Suffolk, in collaboration with Siemens, of the onshore substation that will connect the park to the National Grid electricity grid and the cable route, awarded to NKT.

East Anglia Three will cover an area of up to 305 square kilometres and will require the installation of more than a hundred new generation wind turbines, which will be up to 247 metres high, the equivalent of two and a half times the size of Big Ben (96 metres).

This major electricity infrastructure will also include four offshore substations, an offshore platform to house the operations accommodation and four submarine cables for exporting the energy produced by the wind farm, located 69 kilometres offshore, to the coast.

The construction of the East Anglia hub will provide a significant boost to the UK and European offshore wind supply chain and will create up to 7,000 jobs.

THE COMPANY’S SEVENTH OFFSHORE WIND FARM IN THE WORLD

East Anglia Three will become the company’s seventh offshore wind farm in operation. The group has already commissioned West of Duddon Sands (195 MW) in the Irish Sea; Wikinger (350 MW) in German waters of the Baltic Sea; and East Anglia ONE.

The company also currently has three other large offshore facilities under construction. In France, it is making progress on the installation of what will be its first large offshore wind farm in the country, Saint-Brieuc, which, with a capacity of almost 500 MW and an investment of 2,500 euros, will generate enough clean energy to meet the electricity consumption of 835,000 people, once it comes into operation in 2023.

In the United States, Iberdrola is building what will be the country’s first commercial-scale wind farm, Vineyard Wind 1 (806 MW), off the coast of the state of Massachusetts, with an investment of some €2.5 billion. This facility will be able to meet the energy needs of more than 400,000 homes and will prevent the emission of more than 1.6 million tonnes of CO2 per year.

In Germany, the group has started to build its second major offshore wind initiative in the country, after Wikinger. The 476 MW wind farm, called Baltic Eagle, will be able to meet the demand of 475,000 homes and avoid the emission of almost one million tonnes of CO2 into the atmosphere each year. The company also plans to develop a third marine project in this area: Windanker (300 MW).  Together, the three renewable facilities will give rise to the largest offshore wind complex in the Baltic Sea, with a total installed capacity of 1,100 MW and a combined investment of approximately €3.5 billion.

Thus, of the 7,000 MW of wind power currently under construction or secured with long-term contracts (PPA), more than 5,500 MW (78.5%) correspond to offshore projects. This technology has already contributed 30% of the group’s new installed capacity at the end of the first half of the year.

Focused on countries with ambitious renewable targets, the company has a significant portfolio of projects in Germany, Japan, Sweden, Ireland, Poland, Taiwan and the Philippines, the United States and the United Kingdom. In the coming years, Iberdrola will invest around €30 billion worldwide with the aim of reaching 12,000 MW of offshore wind energy in operation by 2030. 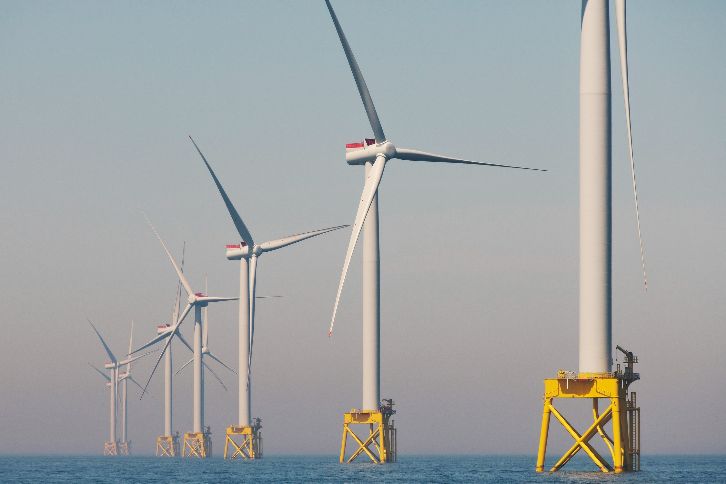