WITH BATTERIES: Storage systems could also be used in distribution networks to improve the quality of power supply in the surrounding area or the provision of ancillary services, as well as the use of solar energy generated in the area. In this scenario, the storage system can operate in isolation and, in case of supply interruption, it will be able to provide electricity in the surrounding area. In addition, the following studies will be developed: Degradation of auxiliary service batteries in substations, experimental battery cycle and battery degradation factors.

This line also covers all aspects related to power transmission from the generation unit until it is fed into the system operator’s grid:

PUMPED: So far, only one electricity storage technology, pumped hydro, has proven to be technically and economically viable for widespread use in the electricity sector.

Despite being a mature technology, new technological advances continue to be made that further strengthen the competitiveness and flexibility of pumped hydro, and open up new avenues for development.

Among these advances are variable speed turbines, which optimize machine performance at any operating point, whether in turbine or pumping mode. They also allow greater operating flexibility by supporting load regulation in pumping mode. In addition, the use of variable speed technology opens up the possibility of adapting a greater number of existing hydroelectric power plants for use as reversible plants. This option is being studied by Iberdrola to equip existing hydropower plants with pumping capacity. The combined use of pumping and batteries is also being studied.

GREEN HYDROGEN: In this area Iberdrola is also investigating how to optimize the use of green hydrogen. This technology is based on the generation of hydrogen – a universal, light and highly reactive fuel – by a chemical process known as electrolysis. This method uses an electric current to separate hydrogen from the oxygen in water. If this electricity is obtained from renewable sources, we will therefore produce energy without emitting carbon dioxide into the atmosphere.

As the IEA points out, this method of obtaining green hydrogen would save the 830 million tons of CO2 emitted annually when this gas is produced with fossil fuels. Also, to replace all the world’s gray hydrogen, 3,000 TWh/year would be needed from new renewable energies, which is equivalent to Europe’s current demand. However, there are some doubts about the viability of green hydrogen because of its high production cost; reasonable doubts that will disappear as the earth’s decarbonization progresses and, consequently, renewable energy generation becomes cheaper. 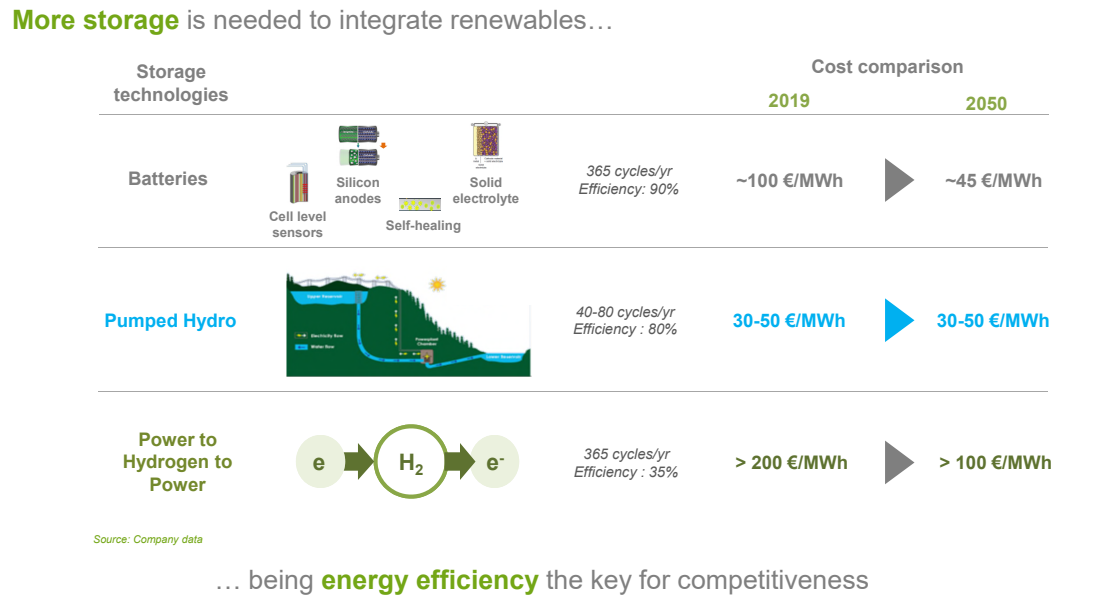