Iberdrola is in the process of building what will be the largest plant producing green hydrogen for industrial use in Europe. All the power from this new plant will come from 100% renewable sources.

Four project concepts submitted by AVANGRID as part of the RFI are outlined below:

One of AVANGRID’s RFI responses proposes constructing a 20 MW electrolyzer and hydrogen storage facility for its Connecticut gas and electric utilities, potentially powered by renewable energy from offshore wind and supplemented by additional solar or grid-based renewable electricity. It is estimated the project could produce roughly 2.9 million kg of hydrogen per year, yielding an annual emissions reduction of approximately 45,000 tons of CO2 and potentially creating 400 – 800 jobs in economically disadvantaged communities.

In collaboration with the Regional Transit Service (RTS) in Rochester, New York, Rochester Gas & Electric (RG&E) is assessing opportunities to construct a multi-use hydrogen production and distribution facility, which could support a range of hydrogen uses, including transportation applications to meet zero-emissions fleet goals.

Representing its nationwide presence and leading renewables fleet, Avangrid Renewables has additionally identified opportunities to support green hydrogen for industrial use on the Gulf Coast and provide cleaner solutions that strengthen the U.S.’s domestic energy leadership.

For instance, a large-scale electrolysis project in Corpus Christi, Texas would convert low-cost Texas wind power into green hydrogen and ultimately into green ammonia. The ambitious commercial-scale project demonstrates the scalability of the technology, its path to cost-competitiveness, and green hydrogen’s value as an important component in an economywide clean energy transition.

In Oregon, AVANGRID’s RFI response proposes the colocation of green hydrogen production at Avangrid Renewables’ Klamath Cogeneration Plant. The intent would be to make the facility a source for fuel flexibility as the combined-cycle natural gas plant balances the intermittency of the energy generated by AVANGRID’s 1,300 MW Northwest wind farm fleet. The proposed project would include an ~20 MW electrolyzer to enable a two percent blend of green hydrogen into the plant’s fuel supply. This project has the potential to generate 3,000 metric tons of green hydrogen annually.

The DOE’s RFI seeks information from industry, investors, developers, academia, research laboratories, government agencies, and other stakeholders on potential hydrogen demonstration projects in the United States. It is part of the DOE’s recently announced Energy Earthshot Initiative to accelerate breakthroughs of more abundant, affordable, and reliable clean energy solutions within the decade. 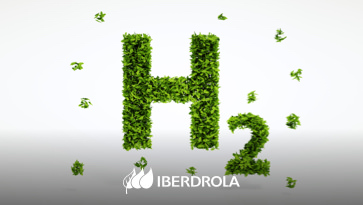