Núñez de Balboa, the largest photovoltaic plant in Europe and the largest in operation by Iberdrola in the world, has now completed fifteen months of commercial operation. More than 450 days have been a real challenge for the plant’s team, the first that the company has started up in Spain.

During this time, in addition to the operation and maintenance tasks inherent to this type of facility, the plant personnel have had to stabilise the operation of the main equipment (inverters and plant regulator) and implement performance and status alerts for the different components. In addition, photovoltaic procedures, which did not exist in Spain, have been defined and applied.

In this respect, the training given by the technologists has been fundamental, and they have also been accompanied during the regular checks they carry out on the installation.

Núñez de Balboa has an installed capacity of 500 MW and required an investment of close to 300 million euros. Its construction, completed in one year and coinciding with the pandemic, broke records: a total of 3,200 containers arrived on site, 1,200 workers coincided in peak work periods, purchases were made from suppliers to the value of 227 million euros, and since it came into operation it has been supplying clean energy to 250,000 homes.

In its first fifteen months of commercial operation, the photovoltaic plant has accumulated a production of 1,126.62 GWh to supply clean energy to nearly 345,000 homes and has thus avoided the emission of 162,000 tonnes of CO2. 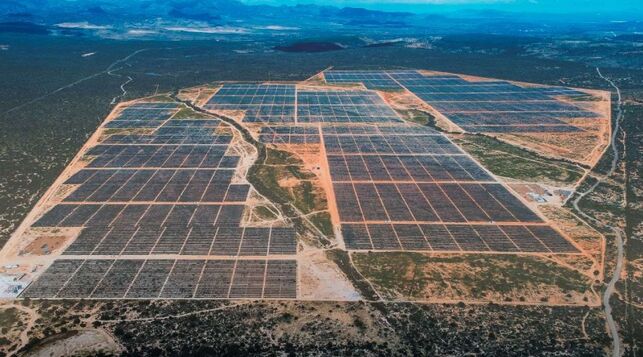