The company has reached an agreement with the City of Salem and Crowley Maritime Corporation to create a public-private partnership to develop Salem Harbour into the state’s second major offshore wind port. The agreement, which is part of the “Commonwealth Wind” proposal, is contingent on the winning bid in the third Massachusetts offshore wind auction.

The Commonwealth Wind project will use the port for turbine assembly and erection activities to store and assemble components such as blades, nacelles and tower sections to facilitate the project’s offshore installation work. Salem’s deep-water location and unrestricted access height allow for the large vessels that will be responsible for the installation of the offshore wind turbines to be accommodated.

“This partnership is a great example of how sites that once supported the coal sector can be transformed into sustainable infrastructure to support the energy transition,” said Bill White, director of offshore wind at Avangrid Renewables. “Commonwealth Wind is a transformative project that will create jobs, new economic prospects and clean electricity for Massachusetts, all thanks to this important partnership with the City of Salem and Crowley.”

Under the terms of the proposed agreement, Crowley Maritime Corporation, through its new energy subsidiary Crowley Wind Services, will purchase the 42 hectares near Salem Harbor Station, currently owned by Footprint Power LLC, and will act as the long-term offshore wind port operator for the site. Vineyard Wind’s partners (Avangrid Renewables and CIP) will be the tenants of the harbour and will use the facility for both the Commonwealth Wind project and the company’s other projects. 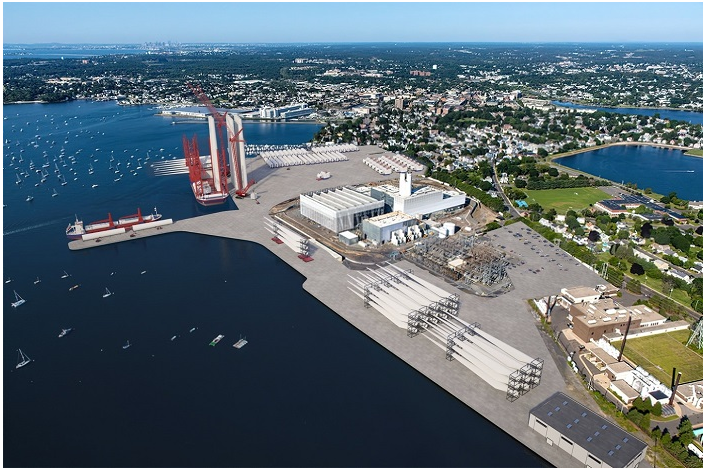